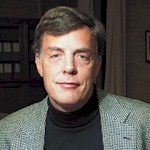 Professor of Law and Distinguished University Scholar Louis D. Brandeis School of Law at the University of Louisville Louisville, KY

Professor Russell L. Weaver graduated cum laude from the University of Missouri School of Law in 1978. He was a member of the Missouri Law Review, was elected to the Order of the Coif, and won the Judge Roy Harper Prize. After law school, Professor Weaver was associated with Watson, Ess, Marshall & Enggas in Kansas City, Missouri, and worked for the U.S. Department of Energy's Office of General Counsel in Washington, D.C. Professor Weaver began teaching at the Louis D. Brandeis School of Law in 1982, and holds the rank of Professor of Law and Distinguished University Scholar. He teaches Constitutional Law, Advanced Constitutional Law, First Amendment Seminar, Comparative Constitutional Law, Remedies, Administrative Law, Criminal Law, and Criminal Procedure. Professor Weaver has received the Brandeis School of Law's awards for teaching, scholarship, and service, including the Brown Todd & Heyburn Fellowship. He has been awarded the President's Award (University of Louisville) for Outstanding Research, Scholarship and Creative Activity in the Field of Social Science, the President’s Award (University of Louisville) for Outstanding Research, Scholarship and Creative Activity in the Career Achievement Category, and the President's Award for Distinguished Service.

He is the Executive Director and past president of the Southeastern Conference of the Association of American Law Schools. He is an Honorary Associate of Macquarie University (Sydney, Australia). Professor Weaver is a prolific author who has written dozens of books and articles over the last twenty-five years. He was named the Judge Spurgeon Bell Distinguished Visiting Professor at South Texas College of Law (affiliated with Texas A & M University) during the 1998-99 academic year, and he held the Herbert Herff Chair of Excellence at the Cecil C. Humphreys School of Law, University of Memphis, during 1992-93. In addition, he has been asked to speak at law schools and conferences around the world, and has been a visiting professor at law schools in France, England, Germany, Japan, Australia and Canada.Professor Weaver is particularly noted for his work in the constitutional law area. He has served as a consultant to the constitutional drafting commissions of Belarus and Kyrghyzstan and as a commentator on the Russian Constitution. His constitutional law writings have focused on free speech issues, particularly those relating to the U.S. Supreme Court's landmark decision in N.Y. Times Co. v. Sullivan, and include a constitutional law case-book (Aspen, 2d ed., 2010), two anthologies (The First Amendment Anthology and The Constitutional Law Anthology), and a First Amendment casebook (LexisNexis, 3rd ed., 2010). He has also co-authored casebooks on torts, administrative law, criminal law, criminal procedure and negotiations.

Professor Weaver is also noted for his writings on legal education and his work in the administrative law area. In 1992 and 1993, he served as a consultant to the Administrative Conference of the United States. His writings have focused on agency interpretations of statutes and regulations, and he is co-author of one of the leading administrative law casebooks. Professor Weaver has served on many community and professional committees. He served on the Louisville Bar Association's (LBA) Professional Responsibility Committee, and as Chair of the Association of American Law Schools' (AALS) Criminal Justice Section and serves on the AALS Planning Committee for the New Law Teacher's Workshop. He has also served on the American Civil Liberties Union of Kentucky's Legal Panel and Board of Directors.