This lesson provides an introduction both to CITES and to the Endangered Species Act's implementation of that Convention. No prior knowledge of CITES is required; however, this lesson assumes that you are familiar with the ordinary workings of the Endangered Species Act. If you are not familiar with that statute, you may want to complete the CALI lesson entitled "ESA Basics" before continuing with this lesson.

In addition, if you are completely unfamiliar with principles of international law, you may want to complete the CALI lesson entitled "Introduction to International Law for Environmental Law Students" before continuing with this lesson.

On completion of the lesson, the student will be able to:
1. Identify the four main reasons that nations enter into treaties to protect species and their habitat.
2. Describe the basic framework of the Convention on International Trade in Endangered Species (CITES).
3. Describe how the United States became a party to CITES.
4. Identify which federal statute within the United States implements CITES. 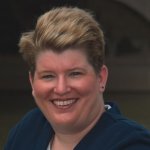