This is a basic lesson covering the common law doctrine of concurrence. At common law, crimes required not only an actus reus and a mens rea but concurrence of the two. Through use of scenarios involving the common law crimes of murder, robbery, burglary and larceny (which are briefly introduced), the requirements for concurrence are explored. In addition, also through the use of scenarios, the doctrine is distinguished from the related doctrines of causation and mistake. Finally, concurrence as to attendant circumstances is also addressed. After completing this lesson, the student should have a working knowledge of the common law doctrine of concurrence and some understanding of how modern common law jurisdictions deal with the issues raised by this doctrine. The lesson contains practice questions in a separate section that can be done independently of the lesson itself.

On completion of the lesson, students will be able to:
1. Define the common law doctrine of concurrence.
2. Explain the distinction of concurrence from the related doctrines of causation and mistake.
3. Explain motivational concurrence.
4. Analyze concurrence as to attendant circumstances. 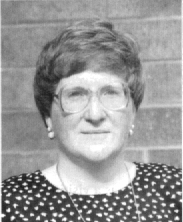