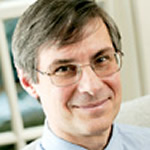 Professor of Law, Co-Director of the Business Lawyering Institute Willamette University College of Law Portland, OR

Professor Chiappetta joined the Willamette University College of Law faculty in 1997. He teaches property, intellectual property, antitrust, business lawyering and science, and technology and law. In 2013 and 2002, he received the Jerry E. Hudson Award for Excellence in Teaching. In 1999, he was named College of Law Teacher of the Year. He was the founding director for the Certificate Program in Law and Business. He currently serves as co-director of the Business Lawyering Institute on campus. Chiappetta was named a CALI Copyright Fellow in 2004 and a CALI Trademark Fellow in 2003.

Chiappetta has worked on numerous high-technology and e-commerce legislative issues, serving as the chair of the Oregon Internet Commission and as a member of both the Oregon Higher Education Technology Transfer Board and the Oregon Bar Computer and Electronic Information Workgroup.

Chiappetta has been a visiting professor at Indiana University School of Law and at Arizona State University College of Law and has taught as an adjunct at Lewis & Clark Northwestern School of Law, as well as in Shanghai on Willamette’s China Program. He has taught courses in business organizations, business planning, sales, negotiations, banking law and European Union law.

He is admitted to the Arizona, California and Oregon State Bars and to the U.S. Patent and Trademark Bar.