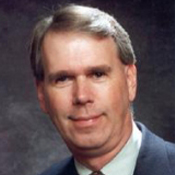 Professor Sparkes received his Bachelor of Science in Chemistry from Rensselaer Polytechnic Institute and his Juris Doctor from DePaul University College of Law. He earned his Master of Laws in International and Comparative Law from Notre Dame Law School, studying at its London Law Centre. He is a member of the New York bar.

Sparkes teaches State and Local Government Law and Administrative Law. He came to Chase after a long career in state and local government. He is a former managing attorney in the New York State Department of State, New York's local government agency, and a former administrative law judge. In addition, he has written on the subject of unincorporated business organizations.