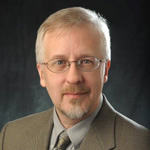 Alan Pannell is a screenwriter and former Head of Reference at the University of Colorado Law Library. After joining the law library faculty in 2005, he lectured on a variety of legal research topics, as well as the use of film in teaching law. He is a member of the New Mexico State Bar and the American Association of Law Libraries, and served on the executive board of the Colorado Association of Law Libraries.

Alan received his J.D. from Western New England College School of Law in 1995, M.L.I.S. from the University of Arizona in 2005, and Master of Advanced Study in American Media and Popular Culture from Arizona State University in 2015. He is the creator and editor of Law in the Reel World blog (https://lawinthereelworld.wordpress.com/).