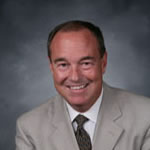 Professor John H. Matheson is an internationally recognized expert in the area of corporate and business law. The courses he teaches include business associations and corporations, contracts, corporate finance, comparative corporate governance, publicly-held corporations, and closely-held corporations. In 2001, Professor Matheson was appointed to the Melvin C. Steen and Corporate Donors Professorship in Law. In 1995, he was appointed the S. Walter Richey Professor of Corporate Law. On four occasions, including the 2005-06 academic year, Professor Matheson has been the recipient of the annual Stanley V. Kinyon Outstanding Teaching and Counseling Award. Professor Matheson received his B.S. degree from Illinois State University with high honors. He received his J.D. degree, cum laude, from Northwestern University School of Law, where he was Editor-in-Chief of the Northwestern University Law Review.

After completing his J.D. degree, he clerked for Judge Robert A. Sprecher of the United States Court of Appeals for the Seventh Circuit. Professor Matheson then practiced with the law firm of Hedlund, Hunter & Lynch (now Latham & Watkins) in Chicago. In 1982, he joined the University of Minnesota Law School faculty. He is a member of the American Law Institute. He also serves as co-director of the Kommerstad Center for Business Law and Entrepreneurship. He is Of Counsel to the Minneapolis law firm of Kaplan, Strangis and Kaplan, where he specializes in corporate governance counseling, mergers and acquisitions, and securities law matters. Professor Matheson's several books and numerous articles predominantly address business and corporate law issues.