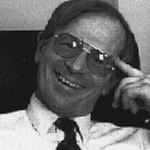 Following a clerkship with The Honorable Fred Kaess of the United States District Court, Professor McKinnon was an associate in the Detroit firm of Berry, Moorman, King, Lott and Cook. Professor McKinnon's articles have appeared in the law reviews of Duquesne University, Emory University and the Detroit College of Law at Michigan State University. He also has written two casebooks entitled Sports Law and Contracts. He has written for The New York Times, The Detroit News and the Michigan Bar Journal. Professor McKinnon received his B.S. degree in 1961 from the University of Detroit and his J.D. in 1972 from Detroit College of Law at Michigan State University. He joined the DCL/MSU faculty in 1974 and taught contracts, remedies, antitrust law, sports law and unfair trade practices until his retirement. He is Professor Emeritus at MSU.