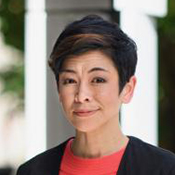 Karen M. Tani is a scholar of U.S. legal history, with broad interests in social welfare law, administrative agencies, and the role of rights in the modern American state. Her current research is about the history of disability law in the late twentieth century. She teaches Torts, American Legal History, and Law & Inequality, as well as classes in the History Department (where she is jointly appointed).

Tani is the author of States of Dependency: Welfare, Rights, and American Governance, 1935-1972 (Cambridge University Press, 2016), which won the 2017 Cromwell Book Prize from the American Society for Legal History. The book sheds new light on the nature of modern American governance by examining legal contests over welfare benefits and administration in the years between the New Deal and the modern welfare rights movement.

Other published work includes “An Administrative Right to Be Free From Sexual Violence?: Title IX Enforcement in Historical and Institutional Perspective,” Duke Law Journal (2017) (winner of the Steven S. Goldberg Award for Distinguished Scholarship in Education Law from the Education Law Association); “Administrative Equal Protection: Federalism, the Fourteenth Amendment, and the Rights of the Poor,” Cornell Law Review (2015) (selected for presentation at the 2014 Harvard/Stanford/Yale Junior Faculty Forum); “States’ Rights, Welfare Rights, and the ‘Indian Problem’: Negotiating Citizenship and Sovereignty, 1935-1954,” Law and History Review (2015); and “Welfare and Rights before the Movement: Rights as a Language of the State,” Yale Law Journal (2012). Her work has also been published or is forthcoming in the University of Pennsylvania Law Review, the American Journal for Legal History, Publius: The Journal of Federalism; and The Blackwell Companion to American Legal History (Wiley-Blackwell, 2013), among other outlets.

Prior to joining the Penn Law faculty, Tani was a Professor of Law at the University of California, Berkeley. She has also held visiting professor appointments at Columbia Law School and Yale Law School.

Tani is the first graduate of the University of Pennsylvania’s J.D./Ph.D. program in American Legal History. Following her law school graduation, she clerked for Judge Guido Calabresi of the U.S. Court of Appeals for the Second Circuit.