The Pre-Existing Duty Rule, Contract Modification, and Accord & Satisfaction

This lesson presents an introduction to the doctrine that the performance of a pre-existing duty, or a promise to perform such a duty, does not constitute a sufficient consideration to make a promise binding. Through questions based on a series of hypothetical cases, underlying reasons for the doctrine are considered, as well as its ramifications in various contexts. Coverage includes: the performance of duties owed to the promise or third parties as consideration; modifications on one side of executory contracts; substituted contracts following rescission; executory accords; satisfaction; liquidated claims and offers to settle unliquidated claims. 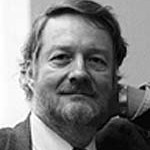