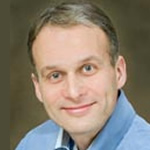 Markus D. Dubber, B.A. (Harvard) 1988, J.D. (Stanford) 1991, is Professor of Law and Director of the Centre for Ethics at the University of Toronto. Much of Markus's scholarship has focused on theoretical, comparative, and historical aspects of criminal law. He has published, as author or editor, eighteen books as well as over seventy papers; his work has appeared in English and German, and has been translated into Arabic, Chinese, Italian, Korean, Persian, and Spanish (ssrn | academia). His publications include Criminal Law: A Comparative Approach (with Tatjana Hörnle) (2014); Oxford Handbook of Criminal Law (with Tatjana Hörnle) (2014); Foundational Texts in Modern Criminal Law (2014); The New Police Science: The Police Power in Domestic and International Governance (with Mariana Valverde) (2006); The Police Power: Patriarchy and the Foundations of American Government (2005); and Victims in the War on Crime (2002). For many years, Markus taught at SUNY Buffalo, where he launched the Buffalo Criminal Law Center and the Buffalo Criminal Law Review (now New Criminal Law Review). He is founding editor-in-chief of Oxford Handbooks Online (Law), Critical Perspectives on Law and Crime (Stanford), and the online open-access journal Critical Analysis of Law (with Simon Stern). These days he spends much of his time at the CAL Lab. Current projects include, against the advice of his personal physician, two additional handbooks (on legal history) for Oxford University Press.