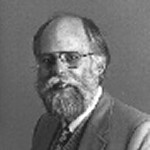 Robert Peterson was born in Florida in 1942. A "Navy brat," he grew up with no fixed abode. He graduated from San Diego State University with a B.A. in Mathematics in 1963 and from Stanford Law School in 1966, where he served on the Stanford Law Review. Prior to joining the Santa Clara law faculty in 1970, he taught at the University of Illinois (as a teaching fellow) and at Wayne State University Law School in Detroit. He also clerked for U.S. District Court Judge Robert E. Peckham in 1968-69 and earned a Diploma in Law from Oxford University in 1977. Professor Peterson teaches civil procedure, torts, product liability and evidence. He also served three and one-half years as associate dean for academic affairs. In addition, he has spent many summers directing Santa Clara's programs in Oxford and Tokyo.

When not engaged at the School of Law, he and his wife, Bonnie, spend much of their time house building (they have built four); kayaking or rafting such rivers as the Rogue, Tuolumne, Snake, Salmon and Colorado; and working on the board of Opera San Jose.