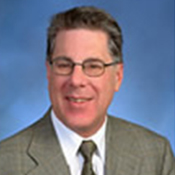 Professor of Law and Faculty Director of the Center for Law and Computers Chicago-Kent College of Law Chicago, IL

Professor Warner was an assistant professor of philosophy at the University of Southern California and the University of Pennsylvania until he joined the Chicago-Kent faculty in 1990. He teaches Contracts, Remedies, Jurisprudence, Internet Law, and E-Commerce Law and has published several articles and books on philosophical and legal topics. Professor Warner is director of Project Poland (www.kentlaw.edu/poland/) and is a professor and chair of American and Comparative Law, Law Faculty, Catholic University of Lublin, Poland. He is currently faculty director of Chicago-Kent's Center for Law and Computers, and is the president of SAFE online (the Standards Association for Elections Online), a not-for-profit organization that promulgates standards for political campaign Web sites. From 1994-96, he was president of InterActive Computer Tutorials, a software company, and from 1998-2000, he was director of Building Businesses on the Web, an Illinois Institute of Technology executive education program concerning e-commerce. Professor Warner's research concerns the regulation of business competition on the Internet and Internet security as well as the nature of human rights and their grounding in personal freedom. He has lectured on Internet security at the second United Nations Economic Commission for Europe workshop, "E-Regulations: E-Security and Knowledge Economy," in Geneva, Switzerland, and, at the invitation of the FBI, on global cyber crime before the Chicago Crime Commission. He is currently the principal investigator for "Using Education to Combat White Collar Crime," a U.S. State Department grant devoted to combating money laundering in Ukraine. Professor Warner earned his J.D. from the University of Southern California, where he served on the Law Review and was elected to the Order of the Coif. He received his Ph.D. in philosophy from the University of California, Berkeley, and he received his B.A. (with distinction and Phi BetaKappa) in English from Stanford University.