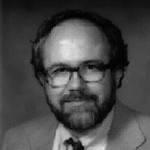 Professor Callen received a B.A. from the University of Iowa in 1971 and a J.D. from Harvard Law School in 1974. He practiced law for four years in Milwaukee and Chicago, primarily in the area of complex litigation. He accepted his current post at Michigan State University, DCL College of Law in 2002. He has served on the faculties at the University of Miami School of Law (1978-80), Oklahoma City University School of Law (1980-83), and at Mississippi College School of Law (1983-2003). In 1994 and 1996-2000, he was a visiting professor for short periods in the Leiden Law Courses program at the University of Leiden in The Netherlands. He has also taught as a visiting professor in the law schools at the Universities of Colorado (1995-96) and Tennessee (1996). He is one of the editors of a work on the comparative law of evidence, Forensic Expertise and the Law of Evidence (1993). His articles and shorter works on psychology, evidence and civil procedure have appeared in a number of journals, ranging from the Vanderbilt Law Review to the Journal of the Royal Statistical Society and Behavioral and Brain Sciences. He is editor-in-chief of International Commentary on Evidence, and was chair of the Association of American Law Schools' section on evidence in 1999-2000.